SKB was today, December 21, granted an environmental permit for an extension of the final repository for short-lived radioactive waste, SFR in Forsmark. The judgement was announced by the Land and Environment Court and regulates, among other things, noise, transport and other types of impact on the surroundings. At the same time, SKB is also granted a permit to use and desalinate sea water, which is required during construction. This is to save on fresh water, which is in short supply in the region. The Court also decided on the execution of the initial works, which means that SKB can start the work above ground in the near future. 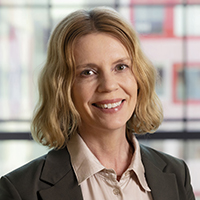 — SKB has now obtained important prerequisites and conditions for extending the SFR, and thereby the final disposal of radioactive decommissioning waste from the nuclear power plants, says Head of Communications Anna Porelius.

— Several reactors are being decommissioned in Sweden, and it is important that the waste has a final destination in Forsmark.

The conditions for the extension of the SFR and the extraction of sea water were negotiated in the court over three days during the autumn. The extension process is expected to take six years, and the initial stage will see the earthworks, water treatment plant and other infrastructure being put into place. In stage two, tunnelling work will be carried out in the underground rock.

SKB will now submit a preliminary safety analysis report to the Swedish Radiation Safety Authority, SSM, for review. This is the next stage of licensing under the Swedish Nuclear Activities Act, and will be submitted at the beginning of 2023.

SFR is part of SKB’s final repository system, and short-lived operational waste from Swedish nuclear power plants and radioactive waste from medical care, industry and research are already being stored in the existing facility. When the extension is completed, the facility will have a total storage capacity of about 180,000 cubic metres.