Main hearing about the Spent Fuel Repository to start in September

On Friday 17 March the Swedish Land and Environment Court decided that the main hearing on SKB’s application for permits to build a Spent Fuel Repository at Forsmark and an encapsulation facility in Oskarshamn will begin in September 2017. 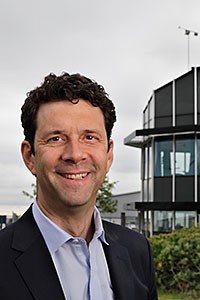 ”This is a welcome decision. The environmental assessment is an important step in our task to deal with all the radioactive waste from nuclear power plants in Sweden in a safe way. We submitted our application in 2011 and we are ready to have it examined by the court,” says Christopher Eckerberg, President of the Swedish Nuclear Fuel and Waste Management Company, SKB.

SKB has developed a method for final disposal of the spent nuclear fuel called KBS-3. The method is based on three protective barriers: copper canisters, Bentonite clay and the Swedish bedrock. The hearing in the Land and Environment Court includes the plans for a spent fuel repository at Forsmark, an encapsulation plant next to the interim storage facility at Oskarshamn (Clink), and transportation.

SKB now has the opportunity to present proposals for the negotiation order in the Land and Environment Court by 3 April.