Home Record level of support for final repository in Forsmark

A new survey from Novus reveals that 84 per cent of residents in Östhammar Municipality are in favour of a final repository for spent nuclear fuel in Forsmark. This is the highest result since the first opinion poll was conducted in 2013. 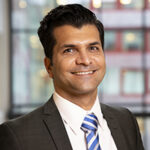 – The strong level of support coincides with the Government’s recent approval of our plans for the final repository. The fact that we have now moved much closer to implementation has clearly been received positively, says Johan Dasht, CEO of SKB.

Since the surveys began in 2013, support in Östhammar Municipality for the final repository has been between 75 and 84 per cent. Correspondingly, there has also been a stable level of support in Oskarshamn Municipality for the encapsulation plant for spent nuclear fuel that SKB is planning to build there in connection with Clab, the central interim storage facility. In this year’s survey, 84 per cent say that they are totally in favour or in favour of the planned facility in the municipality.

– We’re proud that the level of confidence in us and our operations continues to be strong. We want to nurture this by operating our plants in a safe manner and being a long-term, reliable operator, says Johan Dasht.

The survey also reveals that residents in the municipalities are optimistic about SKB’s presence. In both municipalities, nine out of ten state that they believe SKB’s future operations will have a positive impact.

It was on 27 January this year that the Government took the decision to grant SKB a licence to build a final repository for spent nuclear fuel in Forsmark and an encapsulation plant in Oskarshamn. The licensing process, which has been under way since SKB submitted the applications in 2011, continues in the Land and Environment Court and at the Swedish Radiation Safety Authority, which will set the conditions for future operations.

The survey was conducted by Novus and lasted from March 14 to April 5, 2022. It includes 800 completed telephone interviews with residents of Oskarshamn and Östhammar municipalities. It has a statistical margin of error of +/- 2.8 to 3.5 percent, depending on the outcome.