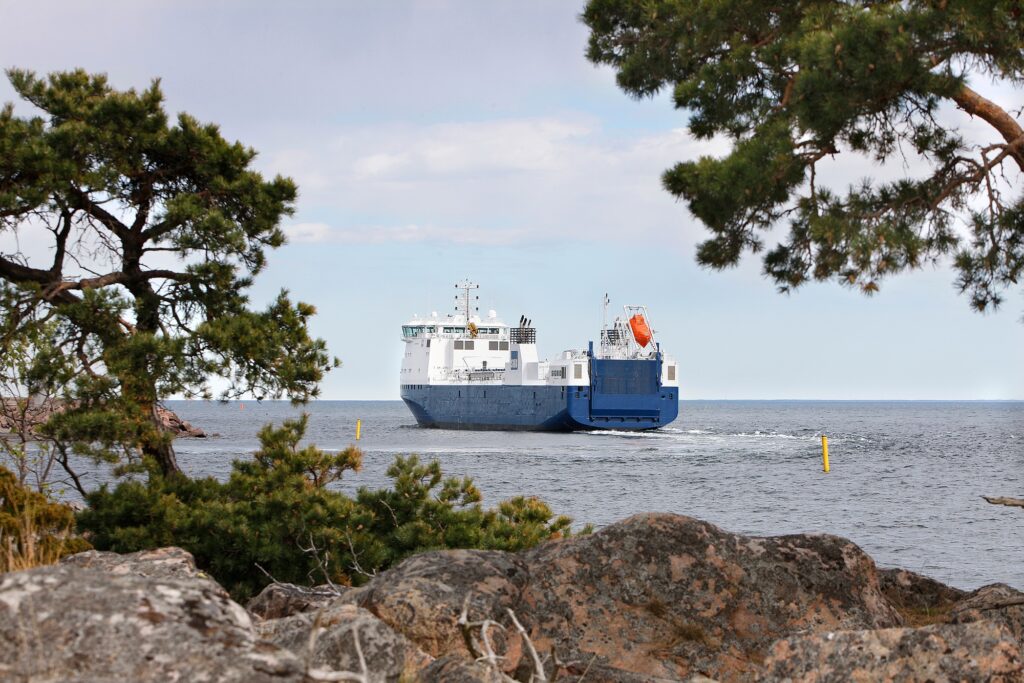 SKB’s transport vessel m/s Sigrid will start operating with an admixture of ten percent non-fossil HVO fuel. This measure is more far-reaching than the requirements being discussed at EU level and entails a tangible reduction of SKB’s total carbon footprint.

– This is an important step in our sustainability work and something we have chosen to do despite the additional costs that the decision entails. By doing this before it becomes a requirement, and with a higher amount of HVO, we want to lead the way and try to set an example for the industry, says Ulrika Broman, Head of SKB’s Operations and Maintenance Department.

At EU level, it has been proposed that by 2025 marine fuel must consist of at least two per cent admixture of fossil-free fuel.

– We’re going even further, and expect the new fuel mix to reduce our total carbon dioxide emissions by around seven per cent, says Ulrika Broman.

HVO is an abbreviation of hydrogenated vegetable oil. It is manufactured using non-fossil raw materials such as vegetable oils or animal fats.

The transport vessel m/s Sigrid was commissioned in 2014 and already has a high environmental performance. The fuel has a low sulphur content, and thanks to a high degree of purification in catalytic converters there are also limited emissions of nitrogen oxides and particles.

Just over a year ago, SKB signed a number of promises to reduce its climate impact and to take measures to enhance biodiversity. Sustainability promises are included in Uppsala County Administrative Board’s initiative Roadmap for a Sustainable County. A number of measures have been implemented since then, including SKB replacing fossil diesel in vehicles and machines with the non-fossil fuel HVO100.