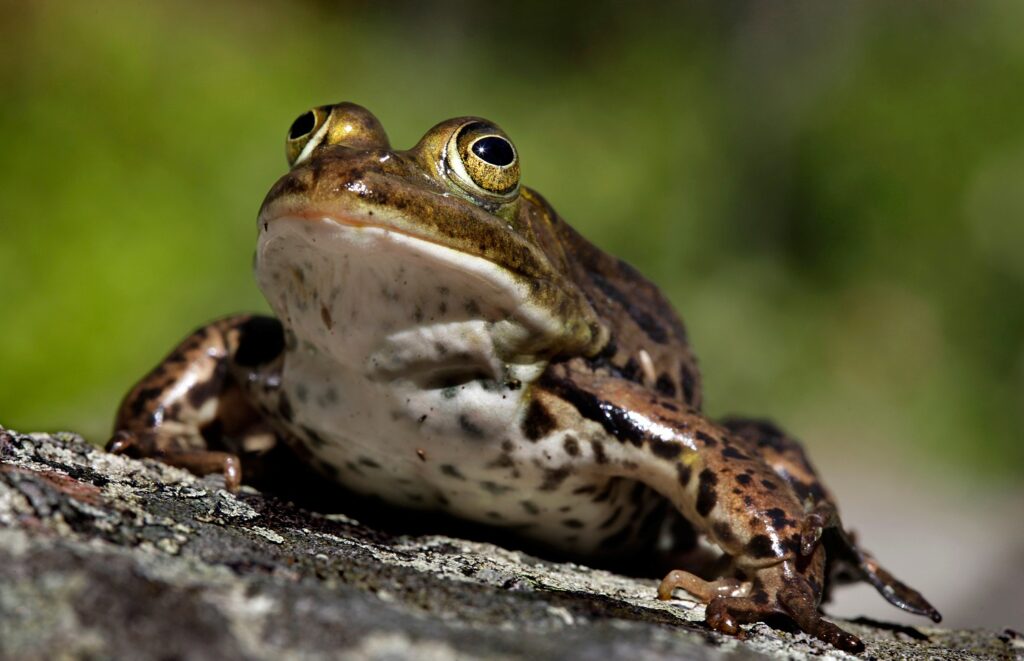 When it emerged that three ponds will have to be filled in during the construction of the Spent Fuel Repository in Forsmark, SKB requested exemption from the Species Protection Ordinance in order to be able to move protected species such as the pool frog and the crested newt. The Land and Environment Court has now approved SKB’s application.

Work to secure the population of pool frogs and crested newts has been in progress for many years. Among other things, SKB has built new ponds for the amphibians and created a so-called frog hotel, where the frogs can spend the winter, on the site. Many frogs have already moved of their own accord, but the separate judgement now means that SKB can move the amphibians that remain in the old ponds.

Work to move the amphibians can be undertaken over two years, 2023 and 2024, which means that the creatures can establish themselves in the new ponds in good time before the Spent Fuel Repository is to be built.

SKB had already been granted an exemption from the Species Protection Ordinance by the County Administrative Board in June 2013. The exemption was appealed and remained dormant until the Government’s decision on the permissibility of the Spent Fuel Repository in Forsmark, which was made in January this year. The Land and Environment Court has now examined the case and found that exemption can be granted from the Species Protection Ordinance.