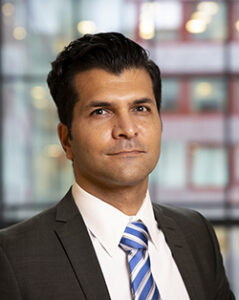 – SKB welcomes today’s news from the Government and is looking forward to future decisions on the final repository system. Those generations that have benefited from electricity production can now also take responsibility for its waste products. We’re ready to take on the huge responsibility that comes with such an assignment, says SKB’s CEO Johan Dasht and continues:

– SKB now has clear conditions for planning Sweden’s biggest environmental protection project. The Government’s decisions should mean that both spent nuclear fuel and decommissioning waste from nuclear power plants will be given a final, safe disposal site.

– By taking final responsibility for Swedish nuclear waste, SKB is contributing towards making it possible for us all to live a fossil-free life within one generation.

The Government’s decisions include a final repository for spent nuclear fuel at a depth of 500 metres at Forsmark and an encapsulation plant adjacent to the Clab interim storage facility at Oskarshamn. These facilities are necessary for encapsulating and finally storing the fuel away from people and the environment for thousands of years. The decisions also include an application to expand the final repository for short-lived radioactive waste, SFR, at Forsmark. The repository needs to be expanded in order to be able to dispose of the decommissioning waste from the Swedish reactors that have been taken out of operation.

– The municipalities of Östhammar and Oskarshamn are taking on a nationwide responsibility to make this possible, says Johan Dasht.

After the planned Government decision, the cases will go back to the Land and Environment Court and the Swedish Radiation Safety Authority, which will establish licences according to the Environmental Code and conditions for the operations. Only then can construction begin.

The final repository facilities will bring investments of around SEK 19 billion and will create about 1,500 jobs.