There is strong support for SKB’s planned final repository for spent nuclear fuel in Forsmark. Eight out of ten residents (or 82 percent) in Östhammar Municipality are in favour of a spent fuel repository in the municipality, according to the annual opinion poll conducted by Novus. It is the highest figure ever measured.

In Oskarshamn Municipality, 80 percent are in favour of the encapsulation plant.

Every year, Novus, on behalf of SKB, measures the public opinion in the municipalities that are affected by the plans for the future management of Sweden’s spent nuclear fuel. This year, 82 percent of the respondents in Östhammar Municipality state that they are in favour of SKB’s plans to build the Swedish final repository for spent nuclear fuel in Forsmark. In 2019, the corresponding figure was 79 percent and in 2018, it was 77 percent. 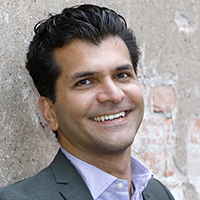 SKB’s applications for licences to construct a spent fuel repository in Forsmark and an encapsulation plant in Oskarshamn have been reviewed by the Swedish Radiation Safety Authority and the Land and Environment Court and are now awaiting further processing by the Government. Östhammar Municipality will also give its opinion on the issue of the final repository. The Municipal Council in Oskarshamn has already consented to the encapsulation plant.

– Our generation will manage and dispose of Sweden’s nuclear waste and after forty years of research, what remains to be done is to build a final repository for spent nuclear fuel and associated facilities. We are ready to make the large investments it entails once licences are granted, and this poll gives us confirmation that our open approach creates confidence in our important task, says Johan Dasht.

High level of confidence in SKB

– It is of course very gratifying that there is such a high level of confidence in our work, and we want to earn this confidence every day, by being open, responsible and active, and always putting safety first, says Johan Dasht.

In Oskarshamn Municipality, 80 percent state that they are in favour of an encapsulation plant for spent nuclear fuel. In the poll, 89 percent also state that they have a high level of confidence in SKB. It is the highest confidence figure ever measured.

The poll was conducted by Novus between 10 March and 9 April 2020. It comprises 800 conducted telephone interviews with residents in Oskarshamn and Östhammar Municipality and has a statistical margin of error of +/- 2.8 to 3.5 percent, based on the outcome.