SKB is able to comply with radiation safety requirements for a final repository for spent nuclear fuel. This is what the Swedish Radiation Safety Authority (Strålsäkerhetsmyndigheten) says in its statement submitted to the Land and Environment Court. The Authority is acknowledging that in its coming judicial review the Court may consider the final repository system to be a permissible operation.

“The opinion of the Swedish Radiation Safety Authority is important for the Court. We are pleased that the Authority’s overall assessment is that SKB meets the requirements for construction of a safe final repository,” says Christopher Eckerberg, President of SKB. 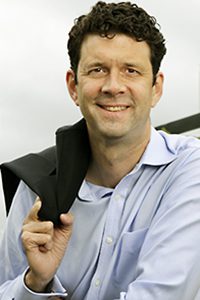 This opinion is one stage in the process that will enable SKB to complete its mission of ensuring safe long-term management of all the radioactive waste from Swedish nuclear power plants. The next stage will be the main hearing in the Land and Environment Court.

“2016 and 2017 are important years for the entire Swedish nuclear waste programme. The review of our application will now proceed and we are looking forward to the impending main hearing,” Christopher Eckerberg says.

“SKB’s safety analysis shows that we have what is needed to construct a safe final repository that complies with official safety requirements after it has been sealed. This has now been confirmed by the Swedish Radiation Safety Authority. SKB’s research and technological development will continue for the coming stages of the review of its application, partly in collaboration with Finland, where our method has already been approved by the authorities,” says Christopher Eckerberg.

There is a long history behind the work on the final repository for Sweden’s spent nuclear fuel. SKB’s research and technological development has been going on for more than 30 years alongside the siting process. SKB undertook feasibility studies in eight municipalities and the application for permission to construct a final repository was submitted in 2011. The Land and Environment Court and the Swedish Radiation Safety Authority plan to present their conclusion to the Government in 2017.