The Swedish Radiation Safety Authority, SSM, recommends the Government to grant a licence for a final repository for spent nuclear fuel in Forsmark and an encapsulation plant in Oskarshamn. 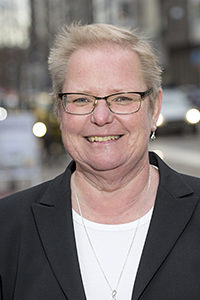 – This is a milestone for SKB and an important step towards safe final disposal of the Swedish spent nuclear fuel. The Swedish Radiation Safety Authority is a very important authority in the licensing of our application, so this is of course a welcome decision for us, says SKB’s managing director Eva Halldén.

– SSM’s statement shows that the final repository concept we have researched and developed for almost 40 years lives up to the very high requirements on radiation safety, says Eva Halldén.

In the spring of 2011, SKB submitted the applications to build the Spent Fuel Repository in Forsmark and an encapsulation plant adjacent to the already existing interim storage facility in Oskarshamn. SKB’s method for final disposal of the spent nuclear fuel is called KBS-3 and is based on three protective barriers: copper canisters, bentonite clay and the Swedish bedrock.

The Land and Environment Court’s statement under the Environmental Code

A large number of reviewing bodies, including national and international expert bodies, environmental organisations, concerned municipalities and county administrative boards, universities and higher education institutions and other regulatory authorities, have given their opinions to both SSM and the Land and Environment Court during the licensing process.

The continued path to a licence

Later, the municipalities of Östhammar and Oskarshamn, which have the right of veto in the issue of the Spent Fuel Repository and the encapsulation plant, will be consulted before the Government can make a final decision on a licence under the Nuclear Activities Act and permissibility under the Environmental Code.